A team of researchers with Google's AI Quantum team (working with unspecified collaborators) has conducted the largest chemical simulation on a quantum computer to date. In their paper published in the journal Science, the group describes their work and why they believe it was a step forward in quantum computing. Xiao Yuan of Stanford University has written a Perspective piece outlining the potential benefits of quantum computer use to conduct chemical simulations and the work by the team at AI Quantum, published in the same journal issue.

Developing an ability to predict chemical processes by simulating them on computers would be of great benefit to chemists—currently, they do most of it through trial and error. Prediction would open up the door to the development of a wide range of new materials with still unknown properties. Sadly, current computers lack the exponential scaling that would be required for such work. Because of that, chemists have been hoping quantum computers will one day step in to take on the role.

Current quantum computer technology is not yet ready to take on such a challenge, of course, but computer scientists are hoping to get them there sometime in the near future. In the meantime, big companies like Google are investing in research geared toward using quantum computers once they mature. In this new effort, the team at AI Quantum focused their efforts on simulating a simple chemical process—the Hartree-Fock approximation of a real chemical system—in this particular case, a diazene molecule undergoing a reaction with hydrogen atoms, resulting in an altered configuration.

Figuring out how to program Google's Sycamore quantum system was not difficult—the hard part was figuring out how to ensure the results were accurate—quantum computers are notoriously prone to errors. Validation was the real achievement of the AI Quantum team. They did it by pairing the quantum system with a classical computer. It was used to analyze the results given by the Sycamore machine and then to provide new parameters. This process was repeated until the quantum computer worked its way to a minimum value. The team also used two other checking systems, both geared toward calculating results to spot and fix errors. 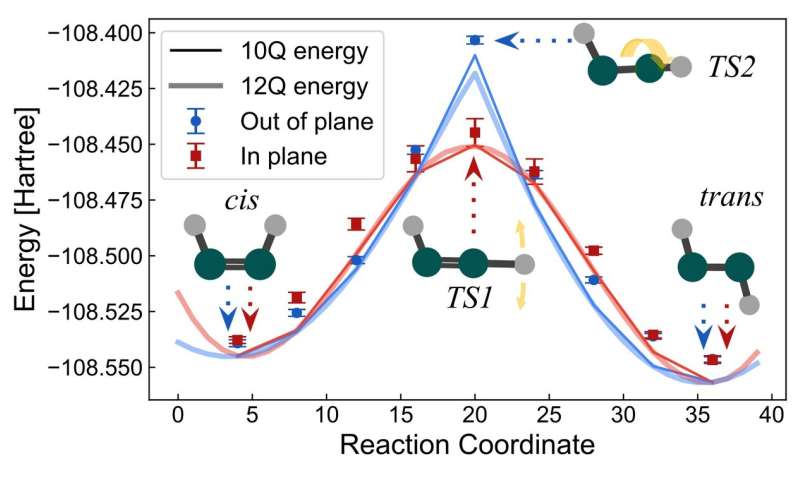 (Credit: Marina Sun/Shutterstock) You probably don't think about the Dirac equation on an average day, but it describ...
Read More

We all know that trying to repair your laptop can be a long and emotionally draining process. Laptops always seem to ...
Read More